The summer I was pregnant with Boris, 100% of the art I made was based on horses and ponies. Which was exactly one drawing in total. Since his birth, in the rare but slowly increasing time I have to make art - my hands and intuition have lent themselves to horse drawing. This has been surprising to me as the first time I rode a horse, around the summer of 1997, I fell asleep on top of the gentle animal while a professional led it around a mountain trail. Upon waking, I couldn't see anything. My loving parents that had placed me so eagerly on the brown saddle didn't know at the time that I had a severe allergies to horses (as well as dogs, cats, birds, mice, dust, pollen, etc.). It took a few hours and a heavy dose of benadryl until I started making out hazy images of my brother and sister playing board games.

I recall a friends birthday party in a neighborhood with broad streets, glittering sidewalks, and curated trees. I sat mesmerized by the families two dalmations, trying to talk to them, but keep my allergic distance, through what I assumed was my God given gift of animal telepathy. Out the window was the crowd of party goers with frozen smiles, waiting to take turns on a party pony going up and down the road.

Later on in elementary school, after we all got our ears pierced, many of my friends played horse club at recess. A few of them even took weekly horse lessons. I remember standing outside of a white fence, watching my friend Katie trotting around on a shining burgundy stallion - even though I had taken prescription allergy medication, I had to periodically keep backing up as my sneezes increased and eyes began itching.

My strong interest in symbols, dreams, and the internet led me to a Google search last year about the symbolic meanings of horses in different cultures, which can be summarized as follows:

The Romans linked horses with Mars, the god of war.

In the bible horses are often linked with war as well as life and death.

The Horse to ancient Chinese people was a symbol of something vigorous, prosperous, enduring and stable.

In Hindu Brihadaranyaka, a white horse is believed to be the last incarnation of Vishnu.

Buddha is said to have left this physical plane riding a white horse.

The horse also represents power in many Native American tribes.

The horse has always been a universal symbol of freedom without restraint.

During the time of making this most recent diptych painting, "Horses, Bubblegum and Violets Wallpaper 1 and 2" I realized that perhaps what has drawn me so much to horses in the past few years has been their powerful visualization and symbolism for what I had and have been feeling as a fresh parent, floundering adult, and struggling creative - removed, stuck, unstable, and sometimes powerless to what felt like my destiny. So much of life had begun to feel untouchable, and the idea of horses were both my hope and sadness. It is also what I imagine many people feel at some point when a majority of their time is taken up in caring for a person (or many) dependent on them, especially when their life is also framed by financial instability or other stressors. Different words in varying degrees of positive and negative can be used to describe the emotions of full time caregivers but it is safe to say many feel at times that opportunity and the world outside of the walls of their own home is out of reach for better or worse.

In the painting, bubblegum and violets depict further symbols of lovely things that once felt untouchable (as a child watching the sassy smacking of lipsticked women chewing forbidden gum, or picking violets with my mother to make tea and later smelling her violet perfume while feeling her essence as a woman was both magical and somehow out of reach) but have become now accessible to me.

I have begun painting wallpaper patterns both for the utilitarian purpose of wanting to hand paint wallpaper in my own home (and others) as well as it is a concept that holds a lot of meaning to me and my feelings about domesticity, motherhood and fantasy.

For me, ponies are untouchable. But you might have grown up riding them, or enjoy feeding them grass at the petting zoo. Maybe you too have unforgiveable allergies. But just because we can't grab, ride, or possess something physically in our life doesn't mean we can't appreciate, dream about, and learn from it. And if you can take a ride - please enjoy it immensely for the rest of us! 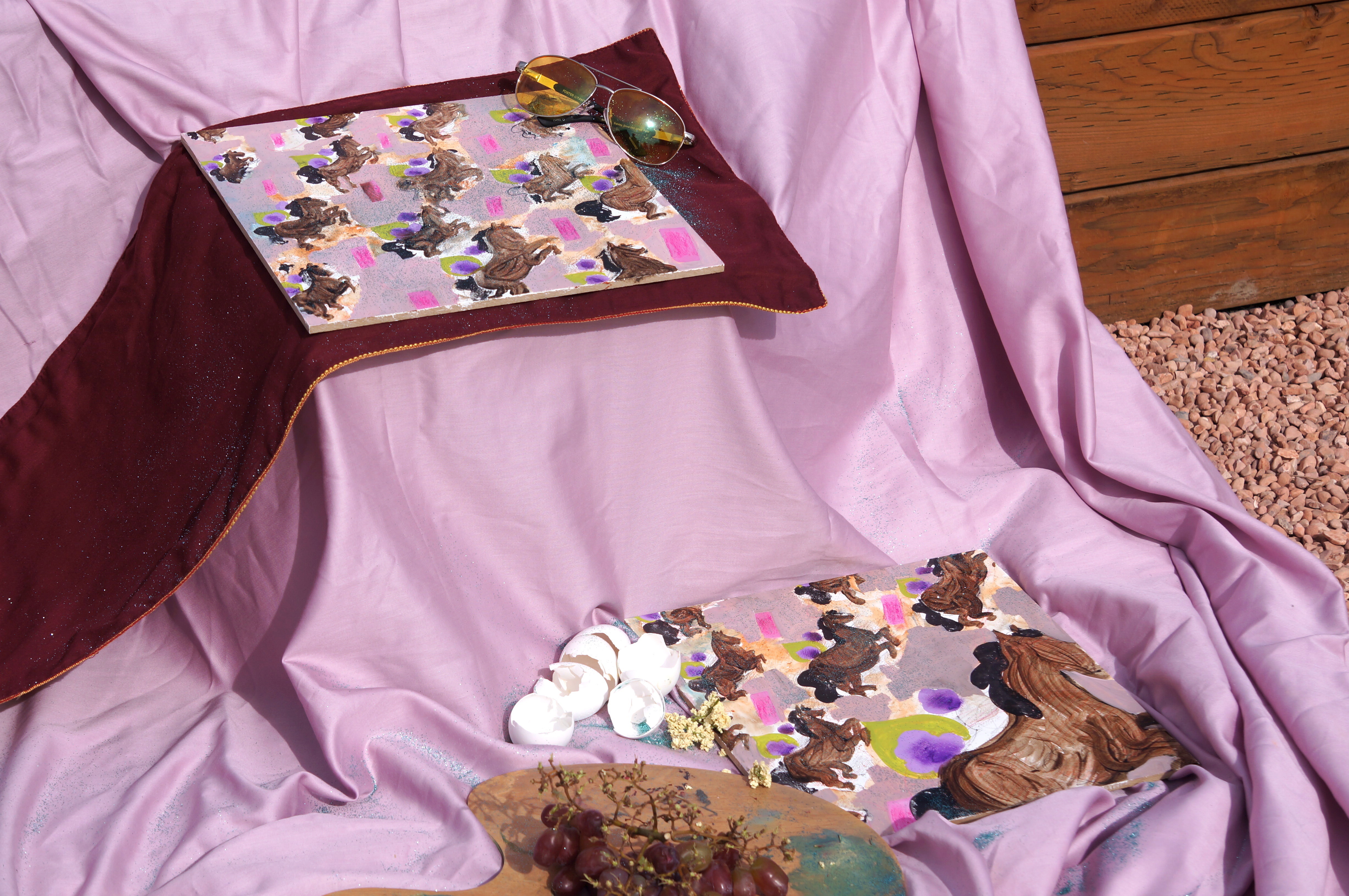 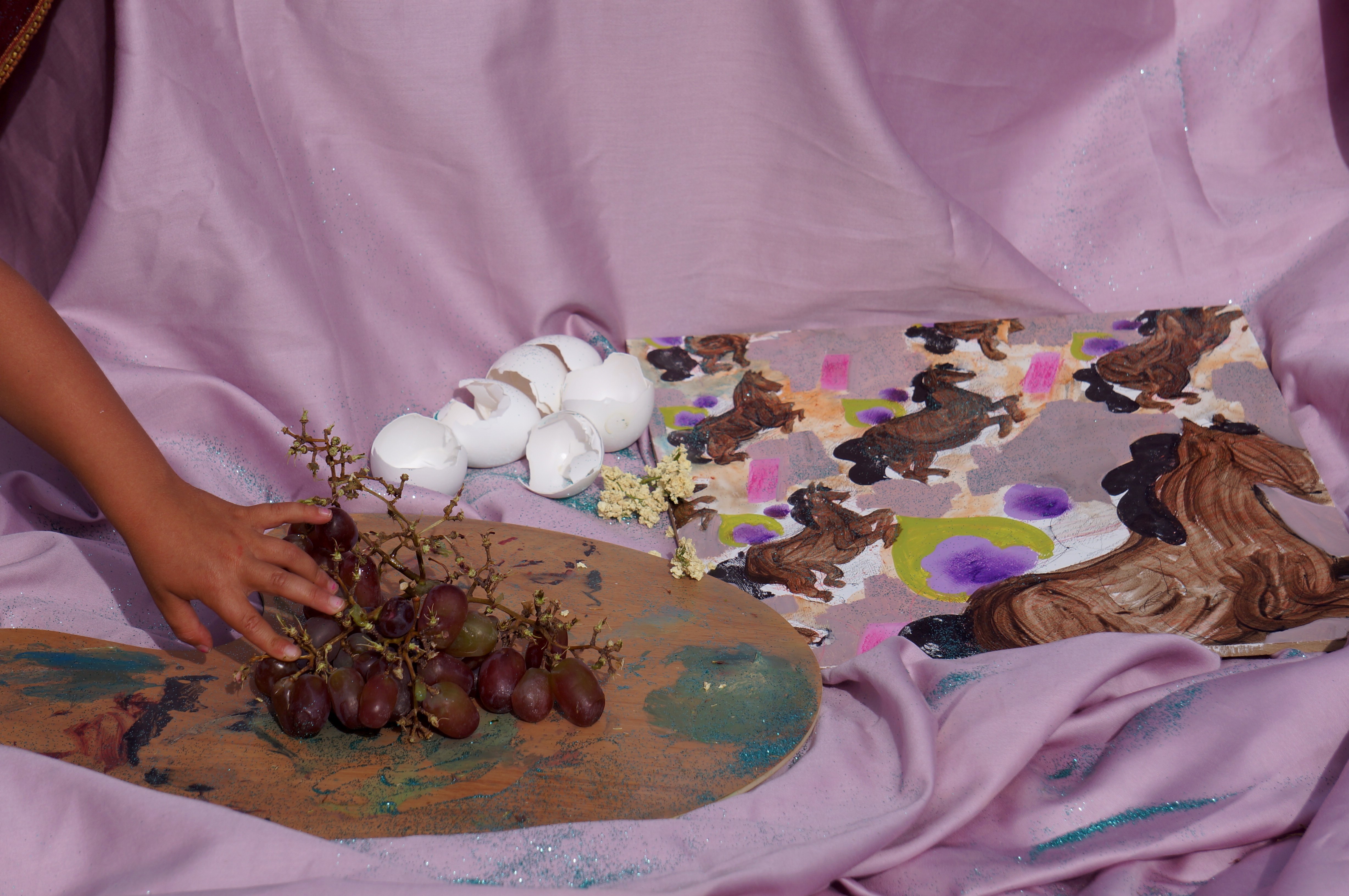 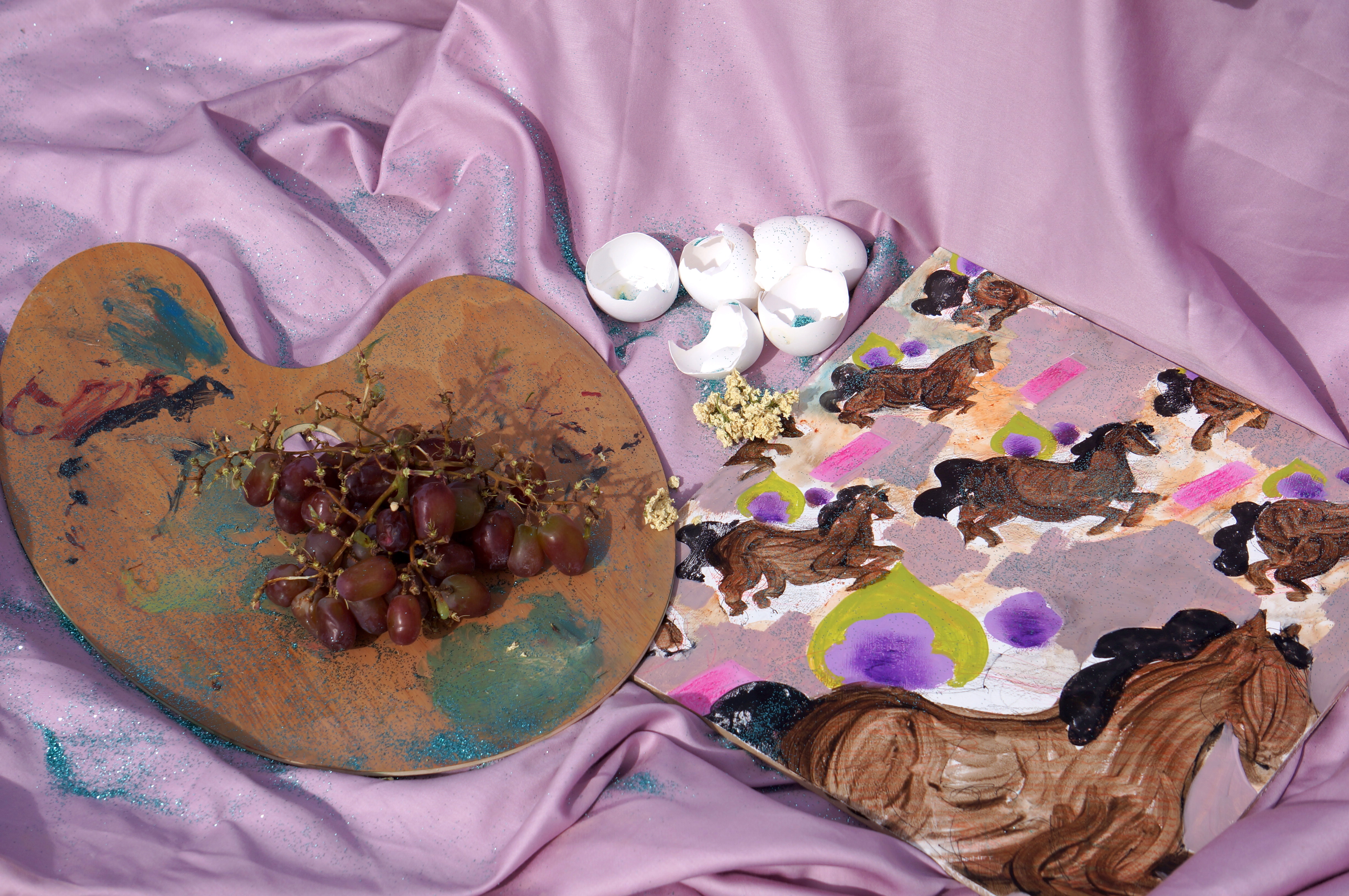 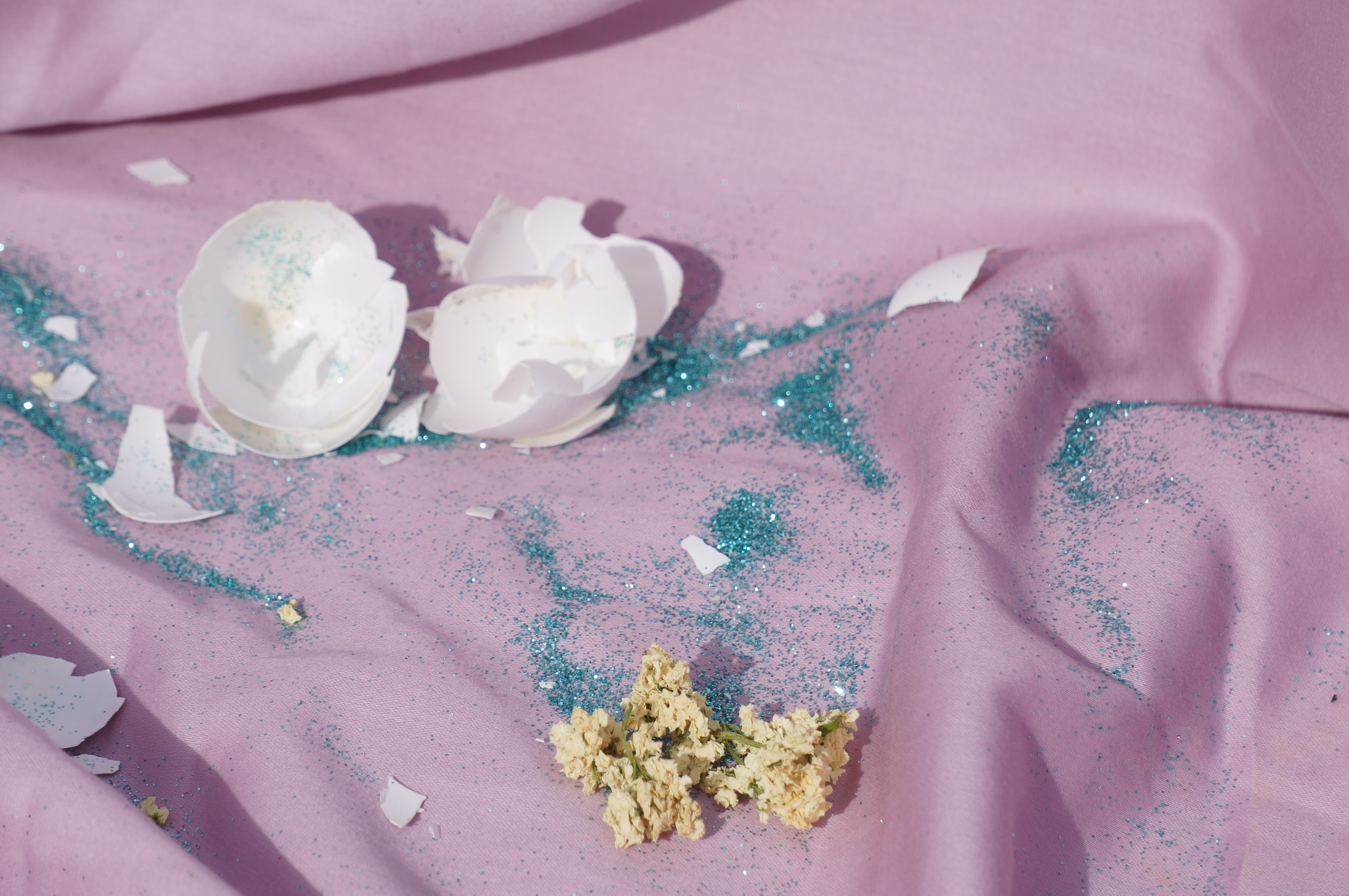 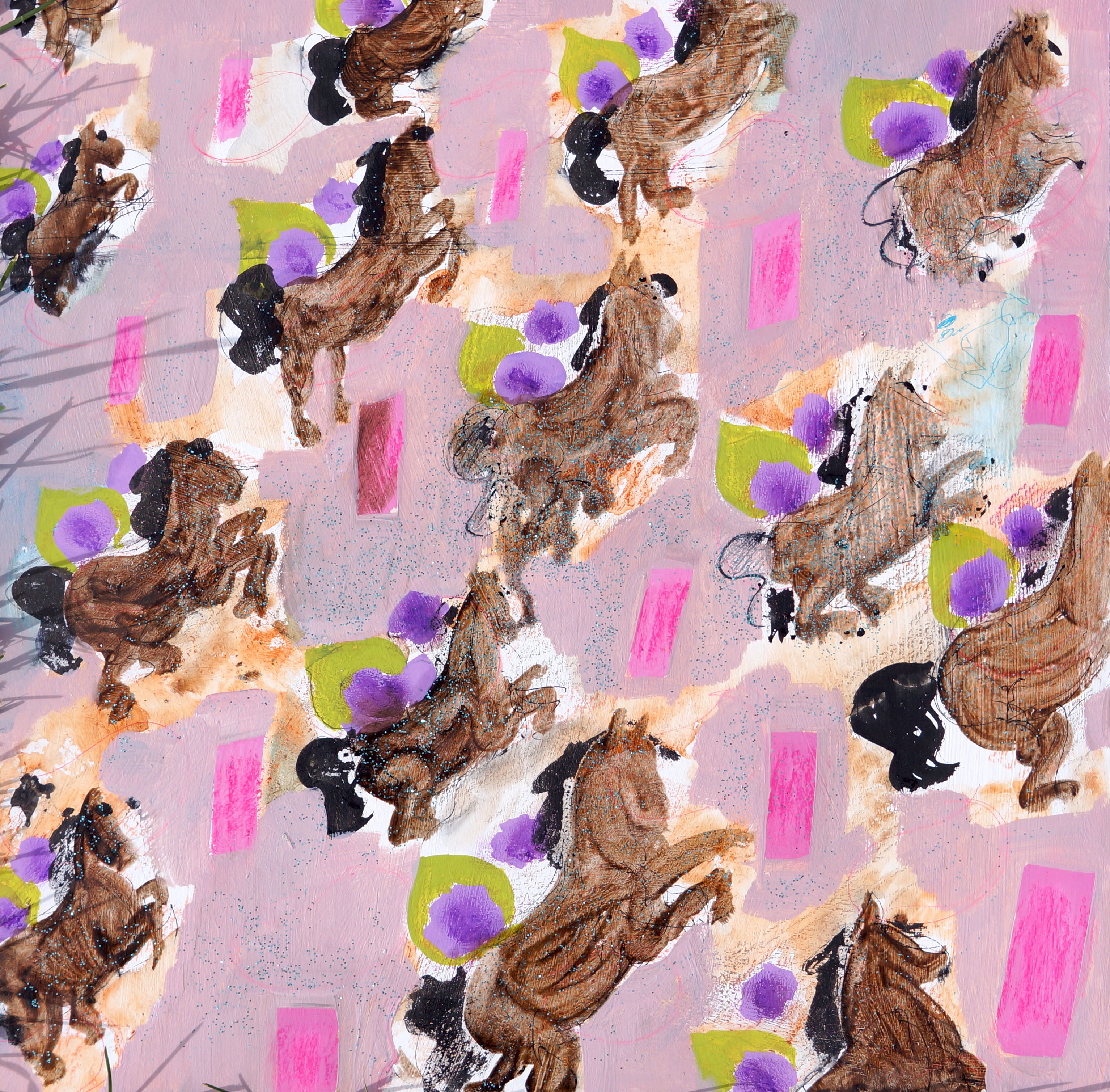 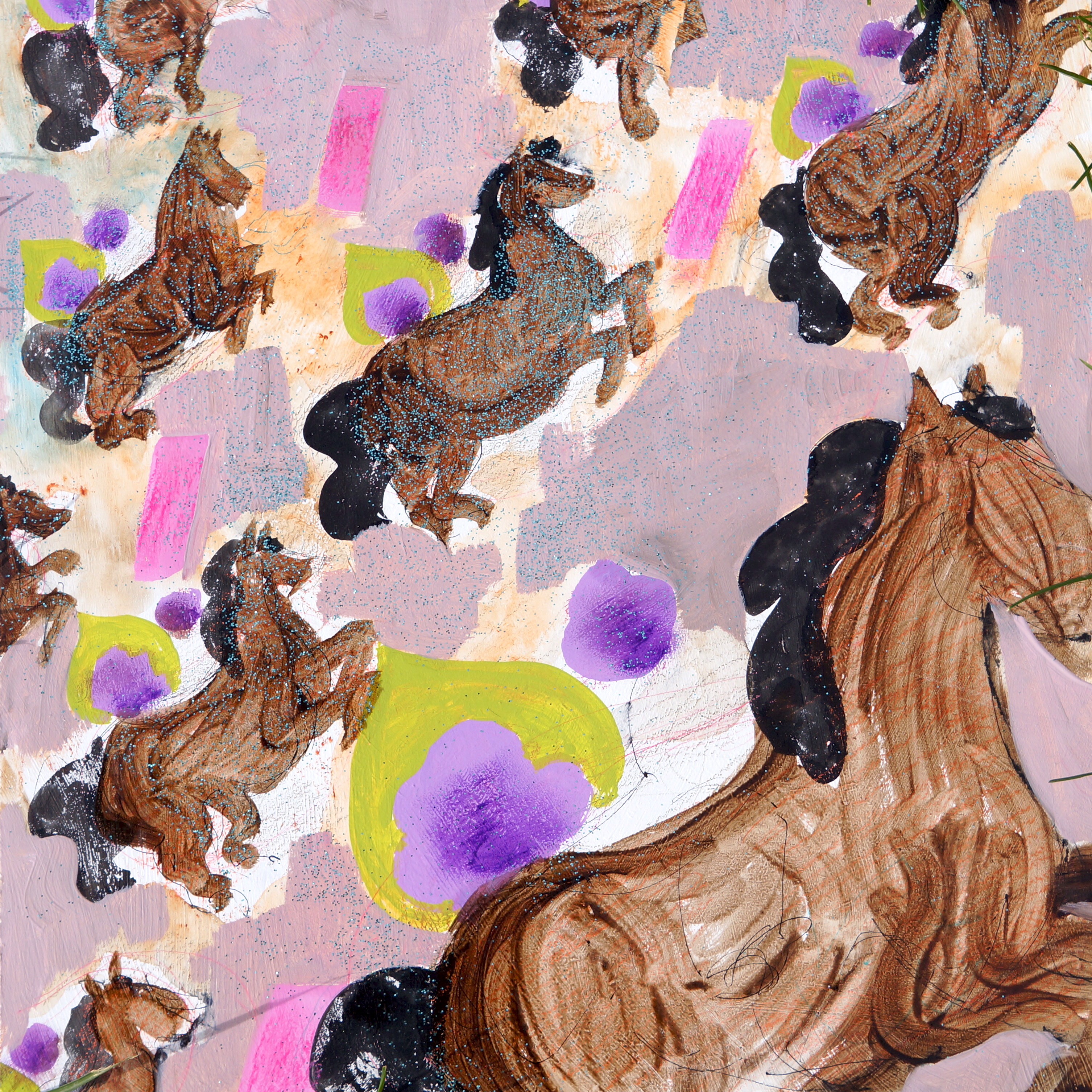 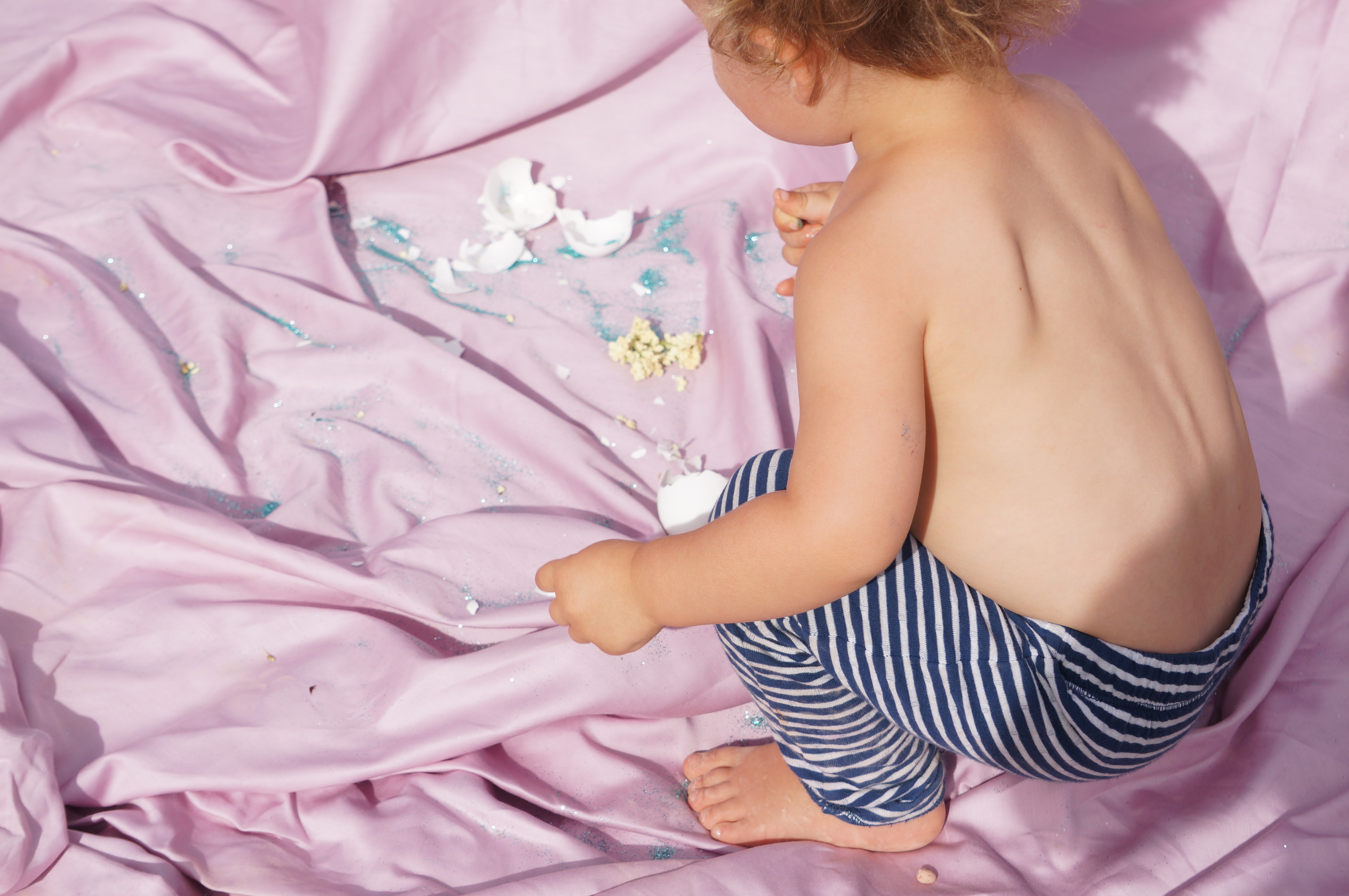 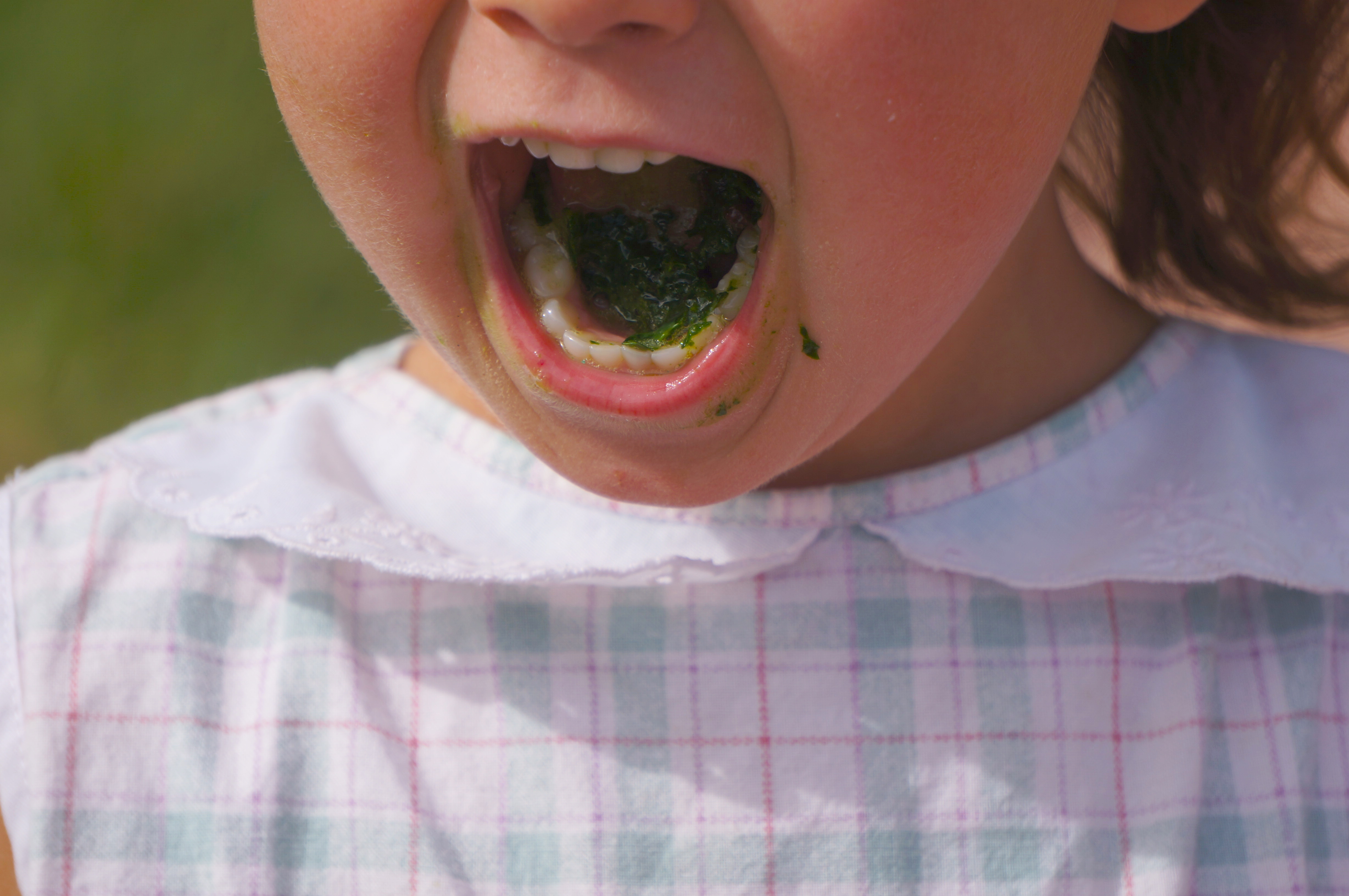